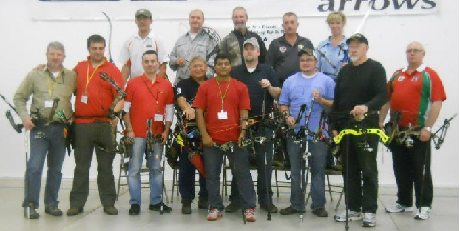 Introduction Coaching is under the International Field Archery Association (IFAA) International Coaching System which came into being in 2011. The IFAA system was devised by some of the world's top coaches and is heavily based on the system used by USA's National Field Archery Association which has one of the most successful instruction and coaching systems in the world. The IFAA Coaching system is administered directly by the IFAA and all National Federation coaches are qualified under this system. As our coaches are all qualified under the IFAA, their qualifications are recognised in all countries of the world that are represented by an IFAA member governing body. History The issue of coaching was discussed at IFAA World Council in 2008 and it was found that several of the smaller countries within IFAA were in the same predicament as South Africa. In response, the IFAA President, Loet Smit, undertook to establish a Coaching Academy which would be run and regulated by the IFAA and which would aim to provide a consistent standard for coaching and instruction throughout the world. This plan was rolled out in late 2011 when 2 coaching academy courses were held at the Easton Centre at Yankton, South Dakota, USA. The course consisted of intense instruction to train up the national coaches of 14 countries and was designed not only to equip the coaches with the syllabus of the IFAA Coaching System but also to enable the coaches to teach the system using the well established methods used by the National Field Archery Association in the USA. The courses were taught by the very best coaches available, thus ensuring that the IFAA Coaching System subscribes to the highest standards. Each coach received training and examination to enable them to instruct other coaches to Level 3 of the new system. The South African IFAA National Coach, Nico Benade, attended on behalf of South Africa and successfully graduated the course. IFAA Coaching Structure The structure of the coaching system is designed to cater for archers at all levels. There are 4 Levels of instructor/coach:

The IFAA Instructors course covers a number of main subjects related to archery coaching that include topics such as shooting form, equipment selection, safety as well as equipment and competition rules & regulations.

Comments on this page are locked.